Short mat bowls is based on the outdoor sport of lawn bowls so many of the rules are adaptations of the rules of the outdoor game with the basic aim being to deliver as many woods (bowls) as possible nearer to the smaller target bowl (the jack) than any of the opposition’s woods.

The Mat
The pre-marked mat is 6 feet wide and between 40 and 45 feet long. A white wooden block is placed on the line across the centre of the mat. This block prevents direct firing shots down the middle of the mat and forces the use of a wood’s bias, at least until the jack is moved to the outer edges of the mat during play. At each end of the mat is a wooden fender which defines the limits of the ditch area and provides some protection to the players from heavily bowled woods. At the beginning of each end a rubber delivery foot mat is placed in the pre-marked central position at the end of the mat that an end is to be played from and the jack is placed on the centre jack line at the opposite end of the mat.

Basics of Play
A coin toss will normally determine who bowls first in the first end and then each subsequent end is started by the winner of the previous end. The team who bowls first in an end also decides where on the centre line at the head end the jack is placed (from a ‘short’ jack at the front of the line to a ‘long’ jack furthest from the bowlers).

When delivering a bowl, a player must have one foot entirely within, or above, the bounds of the delivery foot mat and the other foot within the side delivery lines. If this is not done then a foot fault occurs and the bowl is removed from the playing area. Similarly, any bowl which touches the centre block, fails to cross the far dead line or crosses the ditch line without first touching the jack is dead and is removed from the playing area. Any bowl leaving the side of the mat is dead.

If the jack is driven off the mat the end is declared dead and is replayed (or, depending on competition rules, penalty shots may be awarded to the opponent and the end counted).

If a wood is played which touches the jack before coming to rest it is declared a ‘toucher’ and is marked with chalk.

At the conclusion of an end each of a team’s woods which are nearer to the jack than any of the opponents’ woods counts as a ‘shot’. Specified measuring devices may be utilised in determining shots. Scores for each end are normally recorded on a scorecard (or one held by each team) and the cumulative scores are usually shown on a scoreboard visible to all players and spectators. The total number of shots accumulated at the end of the game determines the winner.

The woods used in short mat bowls are the same as those used for lawn bowls and are available in a wide range of standard sizes, colours and bias characteristic.

The appropriate size of wood is determined by the size of a player’s hand and advice should be sought regarding the correct size for an individual’s hand. As a general rule, you should be able to touch your two thumb tips together on one side of the smooth-running circumference of the wood and your two middle fingers on the opposite side. A player will usually use the largest and heaviest bowl which is comfortable.

Woods have an inbuilt bias which determines the path that the wood follows. The bias takes most effect as the wood slows towards the end of its course and the biased side of the wood is indicated by the smaller set of concentric rings on one side of the bowl. This side of the wood will usually face inwards (towards the centre block) when delivered. A ‘wrong bias’ wood is one delivered with the bias facing the wrong way to that which was intended and such a wood will normally go off the side of the mat. Different woods have different bias characteristics and for current models of wood these can be compared on charts provided by manufacturers (Click here to view bias charts).

Mats and Floors
Part of the skill of the game is due to the fact that each mat in each venue will have its own characteristics and peculiarities which need to be identified and overcome by players. Different mats can be ‘faster’ or ‘slower’ than others as a result of the texture and age of the mat and the speed of a mat is also influenced by the surface it is laid on. The underlying surface will also affect the performance of the mat as few venue floors are perfectly level and imperfections in the surface can cause ‘runs’ on the mat where woods deviate from their normal curving path or can cause a mat to have a ‘straight’ side and a ‘swinging’ side where, for instance, there is a slight gradient running across the mat which either reduces or enhances the bias of the woods. A gradient running down the mat may cause one direction to play faster than the reverse direction (effectively playing uphill and downhill). Experienced players quickly identify the peculiarities of mats and adapt their play to overcome or to utilise their characteristics.

Some Shots
Forehand - A forehand shot for a right-handed player takes the bowl to the right-hand side of the centre block with the bias side of the bowl facing left (reversed for a left-handed player)
Backhand - A backhand shot for a right-handed player takes the bowl to the left-hand side of the centre block with the bias side of the bowl facing right (reversed for a left-handed player)
Draw - A drawing shot is delivered with just enough weight for the wood to arrive at a pre-selected point on the mat, perhaps alongside the jack or in another tactical position requested by the Skip
(Controlled) Weight - A heavier shot intended to move a wood or the jack within or out of the head. Judgement of the correct weight to use for a particular outcome requires an understanding of the way woods behave when delivered with different weights, particularly in terms of how the bias responds, and also of how woods and the jack behave when struck in different circumstances. Mastering of weight shots requires practice and experience of different situations.
Fire - A heavy weight shot intended to move one or more woods or the jack either into the ditch or off the mat. This will usually be used when the opposition are holding shot(s) and a draw or controlled weight shot to gain shot is difficult or impossible. When it is intended to play a firing shot the player should warn the players at the head end and on adjacent mats so that appropriate action can be taken to intercept any woods that leave the side of the mat as a consequence.
Trail-  A shot which is aimed at the jack but with enough weight to take the jack back to another point on the mat. This will often be used where the opposition are holding shot(s) but the player’s side has woods behind the jack which can be brought into play by moving the jack. A successful trail requires the wood to make a ‘full’ contact with the jack i.e. striking the jack with the centre of the wood in order that the jack does not deflect off to one side. 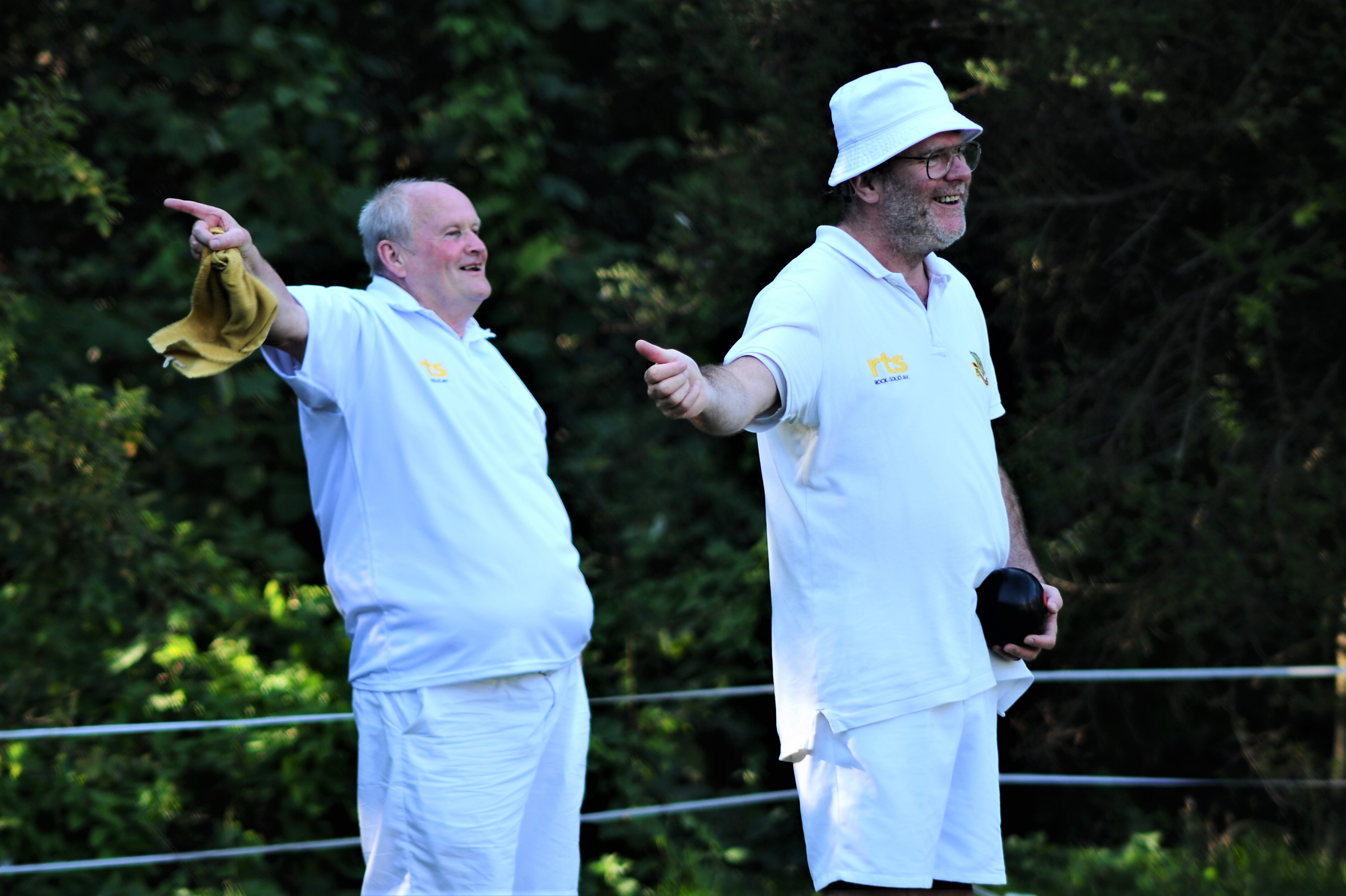